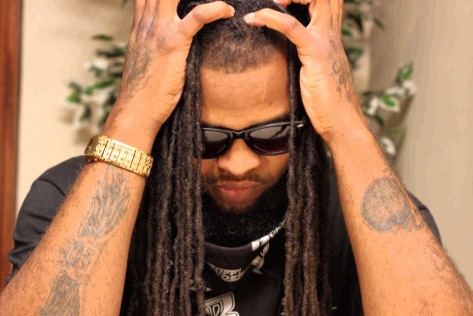 Ced-O-Matic is a 26 year old Hip Hop artist and singer born and raised in Hassell, NC. Ced always had a thing for beats and that’s what made him start doing music. After writing for a while he began putting pieces together and eventually went to the studio and started to record.

“When I hear a good beat my first thought is what is this song actually saying?”

“What the hell am I going to do with this?”

I asked Ced who he was influenced by and he said Yo gotti because that’s who he looks up to. He was intrigued by the way he does things and puts people on.

“He’s a go getter and always tells stories in his songs that are appealing.”

Aside from working Ced says music relaxes him and sets his mind free.

“It gives me something to do and create.”
“I like being able to create a sound. If it wasn’t for beats I wouldn’t be doing music.”

Ced-O-Matic feels his sound is what separates him from other artists.

“No auto tune, no trying to be somebody else, just being yourself.”

Right now he has his first mixtape out called My Time Is Now. There are 11 tracks and he is pushing a song called Apply Pressure. The name of the song came about when a friend told him that no matter what… keep applying pressure.

Ced is opening up for YFN Lucci on March 10th in Pittsburgh, PA.

By the end of 2017 Ced-O-Matic’s goal is to be signed. He wishes for CMG or Think Its A Game. I asked him why does he want to be signed and he said he wants freedom to be able to make money and do what he wants as an artist.

If it wasnt for music Ced says he would be a mechanic.

“I’m good with my hands.”
He wants you to know that he really is a nice person and what he has made himself into is the image he wants to portray.

Premo Opana is a 25 year old Hip Hop artist and songwriter born in Greenville, NC and raised in Farmville NC. He considers himself as..

Premo was inspired to do music when he started listening to 50 Cent, Juelz Santana, DMX, and Jadakiss. Through music he feels he expresses himself the most. I decided to ask him about his influences and he told me his brother influences him the most because of the way he counts on Premo and looks up to him. His brother is in school, has a 3.5 GPA and is playing basketball. He likes the fact that his brother is not a follower.

“My brother is a good genuine solid person. Everything he is doing now I wanted to be doing with my life.”

When I asked Premo what sets him apart from everyone else he told me just being “The Hood Poet.” He looks at tracks as being poems.

“Hood poet, every block every hood know it.”

Bars and Facts is the most recent project. Right now his focus is on pushing Bars and Facts. His follow up project will be called More Bars and More Facts.

Premo prefers to do things old school and write by hand while most write down things in their phone. Writing is his first love. In his music he chooses to talk about pain, struggle, love, and betrayal.

Premo and I discussed the Carolina music scene and what was one thing the Carolina market could improve in his opinion and he said ..

“The Carolina market could improve by embracing each other, respecting each others craft, and improving originality by sound.”

“..as long as you are making progress you are on your way.” 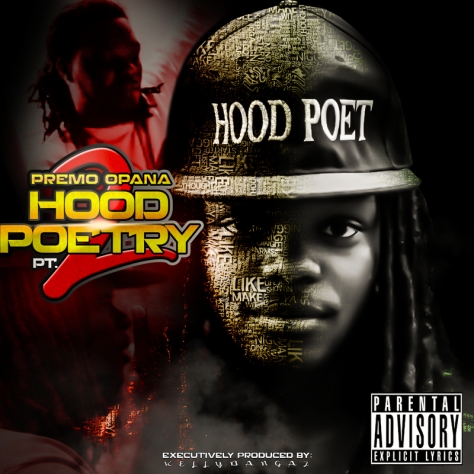 I asked Premo what would he be doing if it wasn’t for music and he paused for a moment and laughed. He said..

“I’d probably be a slave out here punching the clock for someone who doesnt really care about me.”
We both thought that was pretty funny.

When Premo was doing two years in the county jail he found new interests like writing books and writing movies. He he has a lot of ideas to get out.

Something Premo Opana wants people to know about him is he is really big on loyalty.

Bleach is a Hip Hop artist and songwriter who is 28 years old. He grew up in Murfreesboro, NC. Bleach got his name from being the only white kid around. He is basically driven by being from nothing and is trying to make a better way and open up doors for others. He has a project out called Hear Me Out 2. Currently he is working on his next project “Lil Larry” that is in a way dedicated to his father. You can take a look at his video for Nightmares above from Hear Me Out 2. Bleach is inspired by his own energy and started doing music and recording in 9th grade. For the rest of 2017 his goal is to make more money in general and have a bigger buzz with music. He wants to move forward and move on from where he is now. He has a passion for music and that drives him to touch people with his music. 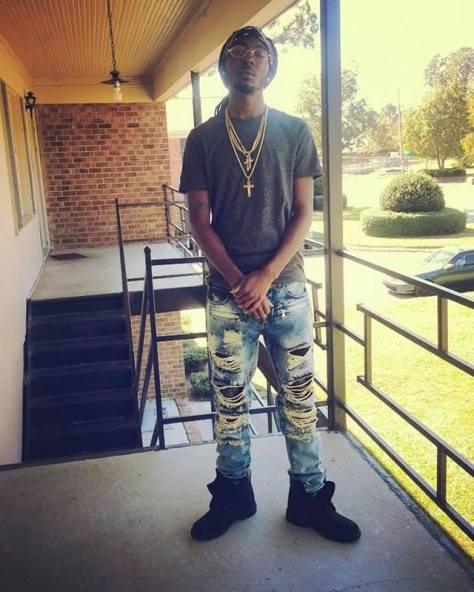 Shawn Papi is 27 years old from Kelford, NC (Bertie county). He is a Hip Hop artist with a few songs out and has a mixtape coming out next month. He got his name from being inspired by MOB principles. His mixtape No Patience will have rap, trap songs, and trap soul. A video with Monroe is coming soon called SLIDE. Check out his video featured above for “They Know” and below is his track called “Basic” featuring Nino Fadil. His main goal for 2017 is to have everybody know who he is and hear his music. He says he has been involved with music for so long and doesn’t feel right if he isn’t doing it. Shawn Papi wants you to know that everything he has he worked for and he got himself.

Check his mixtape out next month 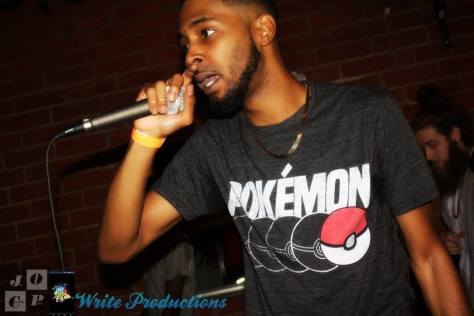 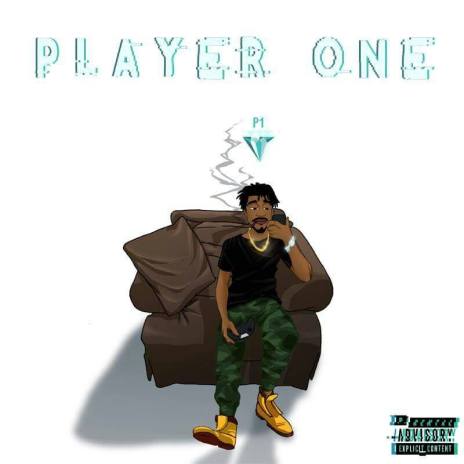 Monroe is 26 years old from Raleigh, NC. He is a Hip Hop artist that does Hip Hop and experiments with different sounds. Right now he has two projects out under the name Monroe because he was formerly known as Whiz Kid. His projects are available on most digital retailers. (Spotify, Apple Music, Tidal, Soundcloud, Deezer, and Google Play Music)

Player 1 is Monroe’s first project and was released in 2015 around Thanksgiving. His second project Player 2 came out December 2016. He has a video out called “Ways” feat. Bleach. The video concept came from playing video games. The story line includes a scene from Mortal Kombat and Monroe was Scorpion and Bleach was Subzero. Monroe considers himself a gamer and plays everyday unless sick or out of town.

Monroe wants to help redefine the sound for North Carolina because “For the last 10-15 years there hasn’t been a real consistent sound put out from North Carolina.”

Bleach, Shawn Papi, and Monroe have a joint project coming soon. The group name is to be determined as well. Be on the lookout for them and their journey.

This is a great body of work! 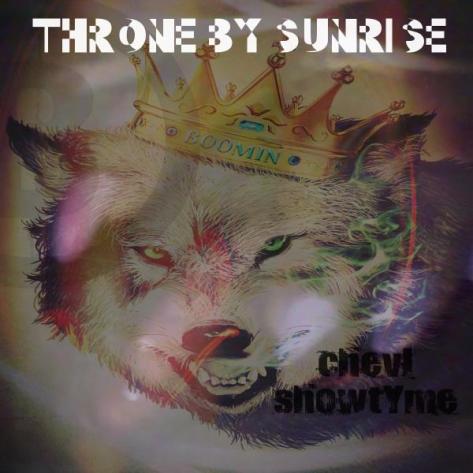 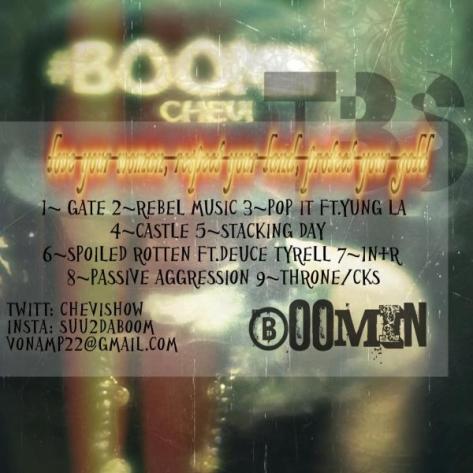 Not only an artist but a radio personalty for Soul 92 Jams! Check Out Chevi ShowtYme’s Mixtape!