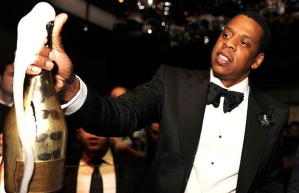 After throwing the name brand champagne in his music Jigga man has acquired “Ace of Spades” also known as “Armand de Brignac” and adds it to his roster. Some say Jay will have a harder time branding the drink into his music as far as word play goes but I’m sure he won’t have any problem with that. The Hov-owned Sovereign brands bought the champagne and gave a statement..

“We are proud to announce that Sovereign Brands, a New York-based wine and spirits company owned by the Berish family, has sold its interest in the Armand de Brignac (‘Ace of Spades’) Champagne brand to a new company led by the globally renowned Shawn ‘Jay Z’ Carter.” 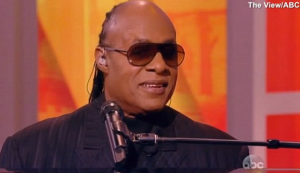 Rumors swirled that Stevie Wonder was expecting triplets last month. The rumor was only half correct. Stevie is only expecting one child in December by Tomeeka Bracey who is 40 years old. Stevie is 64 and cleared up rumors on The View  the other day. The child will be named Nia. Now do you see the truth? …wait 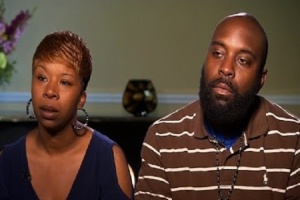 Mike Brown’s parents will be speaking at the United Nations. Sources say that Michael Brown Sr. and Lesley McSpadden are going to Switzerland to speak at a human rights conference and will address the 53rd Session of the United Nations Committee Against Torture. The two will leave on November 10th and speak on November 12th and the 13th. The parents are taking their grievances to a world stage because they feel they have not gotten justice from state, local, and federal governments in the death of their son.

For more info, pictures or video on these stories visit