The team at Shady Records and Eminem have upped their efforts for the layout of their compilation double disc album, Shady XV which will be released on November 24, 2014. The album will celebrate 15 years of Shady Records. DJ Whoo Kid and Peter Rosenberg of Hot97 confirmed a 66 track mixtape which contains 3 hours of music from Eminem. The mixtape will drop before the album. If your favorite record is not on the ShadyXV best of disc, you just might hear it on this mixtape. The mixtape is being put together by DJ Whoo Kidd. Rosenberg was quoted saying “We figured since there’s gunna be so many people that are saying why didn’t this song make it, why didn’t that song make it, we’ll just do something to please everybody.” Will you be listening? 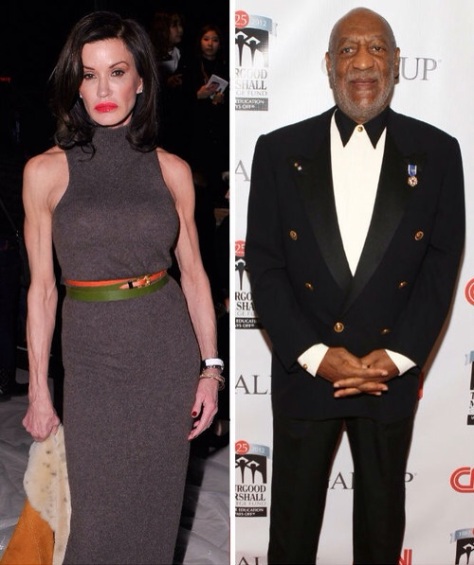 Former supermodel Janice Dickinson has come forward and claimed that Bill Cosby raped her in 1982. Janice says she went to his hotel room to discuss an audition for The Cosby Show and was given a pill and a glass of red wine by Cosby to help her with her cramps and he then raped her when she passed out. What is strange is how Janice was visiting the hotel room to discuss the audition in her pajamas. Janice was quoted saying “The next morning I woke up, and I wasn’t wearing my pajamas, and I remember before I passed out that I had been sexually assaulted by this man,” she tells ET. “… Before I woke up in the morning, the last thing I remember was Bill Cosby in a patchwork robe, dropping his robe and getting on top of me. And I remember a lot of pain. The next morning I remember waking up with my pajamas off and there was semen in between my legs.” You had a business meeting in a hotel room to discuss a television role in your pajamas? Janice is one of three women who have spoken out against Cosby in recent weeks bringing the total number to 15 women with claims that incident happened…. Back in the day.